Keyzo expanding at the double after opening second office 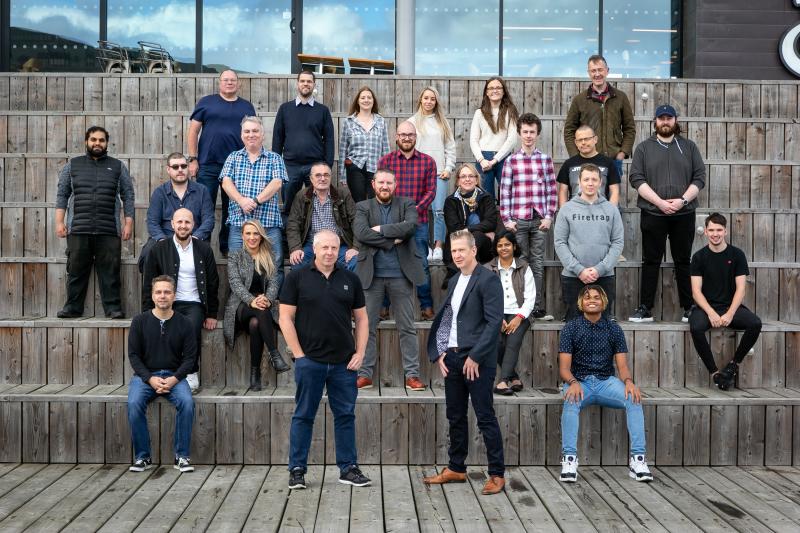 13 Nov Keyzo expanding at the double after opening second office

Posted at 16:44h in General News by Dan Cook
Share

We are on course to almost double the size of our team after completing a move to a second office.

We began the search for new staff in April this year as we hatched plans to expand to The Deep Business Centre in Hull. With the new site now up and running we are on the lookout for even more talent to join the team as they prepare for further growth.

Shane Spencer, Managing Director said: “The move to Hull has been great for the business and due to continued success we’re recruiting again as we’ve created some brand new roles. We’re looking for talented, committed people to join our teams supporting new contracts and to help with our plans for growth over the next few years.”

Keyzo was founded by Shane in 2009 to provide next generation software for a range of business sectors, and it has become a leader in supplying human resources and health and safety software solutions.

The company moved into the aviation industry with the acquisition in 2014 of Bytron Aviation, where Shane had previously spent more than three years as a Software Engineer. Shane brought both businesses together at Bytron’s offices in Kirmington, next to Humberside International Airport.

Meanwhile Keyzo has also developed its HR and health and safety business optimisation software range; including induct&train, read&sign and staffportal for clients such as the NHS, dnata, CEMEX, Novartis, Yara and a variety of airports.

We announced the expansion to The Deep in April as it began a drive to add to its workforce of 30 as part of the development of skybook.

Shane said: “The response to our recruitment campaign was so positive that we took the decision to expand even further across the business. The new staff have been fully trained up at our head office over the last three months and are doing a fantastic job.

“The new recruits are a mix of graduates who have come straight from university and others are experienced professionals.”

Simon Clayton, the company’s Technical Director, added: “We are up to more than 40 staff overall and we now have more roles available in Hull and Kirmington with immediate effect. We’re looking for QA Software Testers and IT Support Engineers and in the coming months could double the size of our team compared with April.

“Opening the Hull office will make it easier for us to expand because of the nature and the location of The Deep Business Centre and the availability in the local area of the skills we need. The move has gone very well and the staff at The Deep have been excellent, supporting us every step of the way.”

Freya Cross, Head of Business and Corporate at The Deep, said: “We specialise in providing flexible space and standing ready to support expanding businesses when they need.

“We are delighted that Keyzo’s expansion to Hull is already proving to be a success. We know from experience that there is a great deal of expertise in the region’s technology sector and we look forward to helping Keyzo as they add to the opportunities available.”