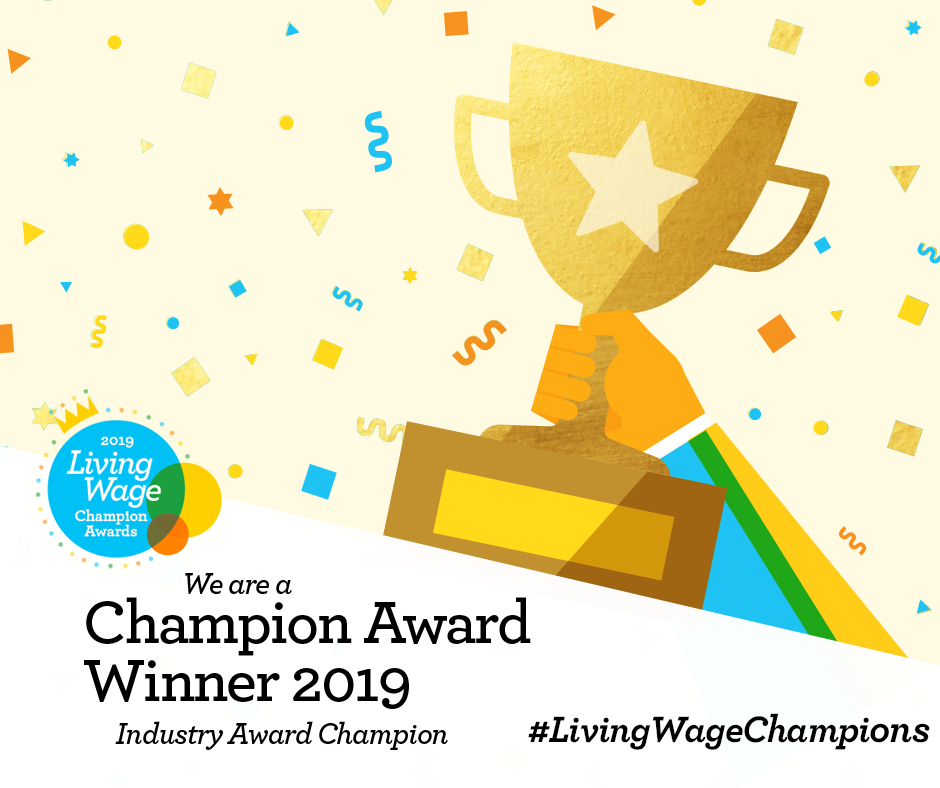 Posted at 20:00h in General News by Dave Whitehead
Share

At tonight’s annual Living Wage Champion Awards we were recognised for our commitment to paying the voluntary rate and promoting the Living Wage in our industry and supply chain, leading more employers to pay the real Living Wage.

We were awarded the “Industry Champion Award” for our dedication to promoting the voluntary rate.

Shane Spencer, Managing Director, Keyzo, said: “We’re very proud to have been given this award and to pay the real Living Wage. Paying the real Living Wage is simply the right thing to do and, as a notable employer in the region, we really hope that other local employers follow our lead.”

Therisa Thompson, HR Manager, Keyzo, said: “Being a Living Wage Employer shows our commitment to be an ethical business and a responsible employer and supports our drive to becoming an employer of choice. We were keen to be a part of the Living Wage in Tech Leadership Group as we want to lead the way, shoulder to shoulder with other responsible companies within the Tech industry.”

The annual Living Wage Champion Awards celebrate notable employers that pay the Living Wage. The awards were hosted by Martin Lewis at Guildhall, London and sponsored by Aviva, Heathrow and City of London.